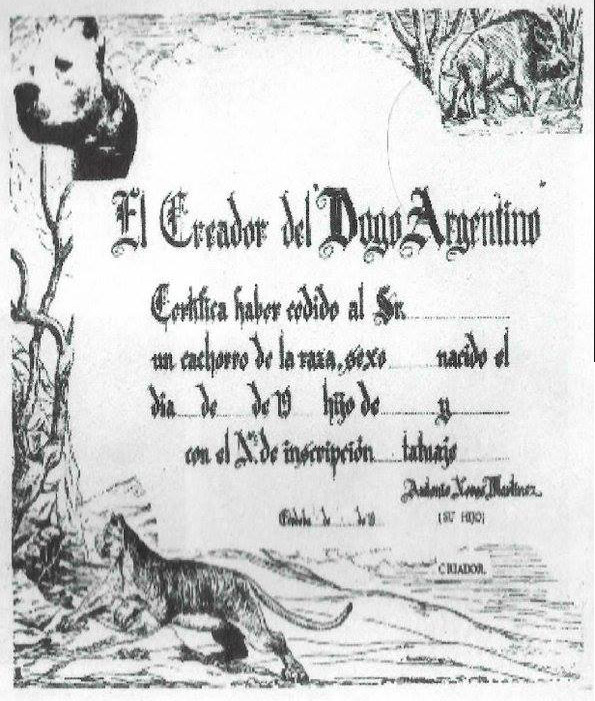 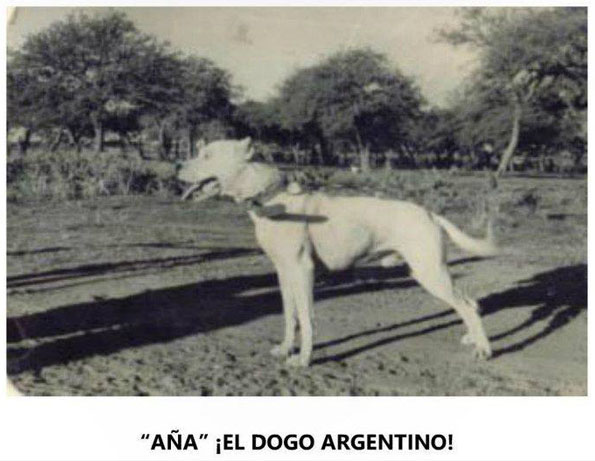 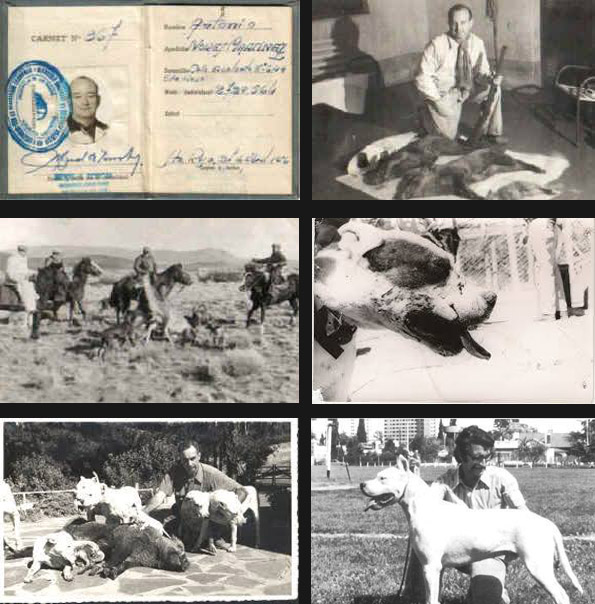 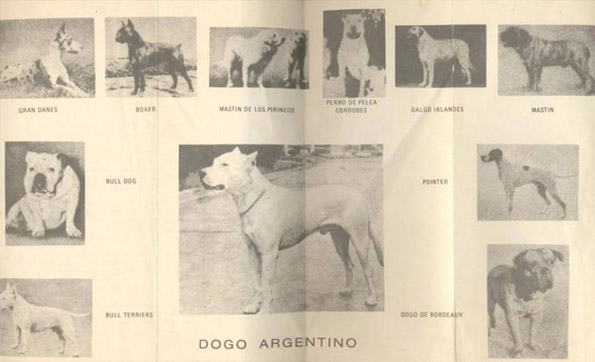 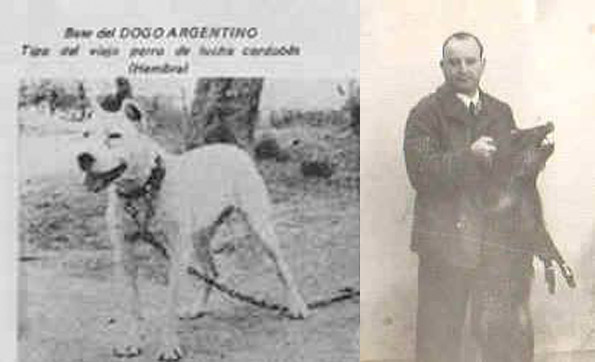 History of the Dogo Argentino

The history of the Dogo Argentino and the two brothers who created the breed is as colorful and passionate as the history of Argentina. Antonio Nores Martinez and Agustin, around 1925 realised the idea to create a new, big game hunting dog, our dogo argentino.

"I still remember as if it were yesterday... the day when my brother Antonio told me for the first time his idea of creating a new breed of dog for big game, for which he was going to take advantage of the extraordinary braveness of the Fighting Dog of Cordoba. Mixing them with other breeds which would give them height, a good sense of smell, speed, hunting instinct and, more than anything else deprive them of that fighting eagerness against other dogs, which made them useless for pack hunting. A mix that would turn them into sociable dogs, capable of living in freedom, in families and on estates, keeping the great courage of the primitive breed, but applied to a useful and noble end; sport hunting and vermin control." - Agustin Nores Martinez, History Of The Dogo Argentino

Like base, they used the Fighting dog of Cordoba, a breed established in that area consisting of Mastiff, English Bulldog, Bull Terrier, and Boxer.

Much of the early work on the new breed was devoted to eliminating the fighting eagerness and developing the hunting instinct. An effort that was essential and highly successful.

The formula Antonio started was:

The Fighting Dog of Cordoba, to which he added blood from.
The Pointer to give him a keen sense of smell which would be essential for the hunt.
The Boxer added vivacity and gentleness
The Great Dane it's size
The Bull Terrier, fearlessness
The Bulldog gave it an ample chest and boldness
The Irish Wolfhound brought it's instinct as a hunter of wild game
The Dogue de Bordeaux contributed it's powerful jaws
The Great Pyrenees it's white coat and
The Spanish Mastiff gave it's quota of power.

Antonio and Augustin gathered ten Cordoban bitches as their nucleus and began bringing in the first of the contributing breeds as studs until the early offspring showed promise in the desired direction. At a certain point in the program they had as many as thirty bitches in their care.
Antonio wrote the first standard for the new breed in 1928. Sadly Antonio never lived to see his dream become reality. He was killed by a man who intended to rob him during a boar hunt in 1956.. Int he following years big game hunters in Argentina and it's neighboring countries were using the Dogo on boar and puma so Dogo Argentino was fast becoming a legend.

The Dogo Argentino is an endurance hound much like his Irish Wolfhound ancestor. He is expected to track the wild boar across vast pampas, corner the animal and attack and hold it for the hunters. He is capable of dazzling bursts of speed for short distances, but his forte is covering long distances at a gallop (hence the arched loins to give impetus at the gallop). Having cornered the boar, he must have enough strength in reserve to attack and hold a wild boar weighing up to 200 kg. In a traditional boar hunt the hunter will jump on the boar and kill it with a knife thrust to the heart while the Dogos are locked on with a death grip.

In A Brief History of the Dogo Argentino, by Agustin Nores Martinez, as translated from the original spanish:

"I feel as a conscience imperative to make absolutely clear, which is the bulldog's background, the breeds that took part, what is what we intended to do, and which are the requirements or conditions that a bulldog must meet to be a typical example of the breed. This present extension, is a ratification of what was written in my first book. The fears I point to in the prologue to the four editions are confirmed a lot of times, when we see young people who ten years ago had never seen a bulldog, taking the part of "judges" in exhibitions, and who seemed to dream with "an own bulldog" awarding specimens which are far away indeed from what a good bulldog must be, as my brother Antonio and I intended in fifty long years of work and achievements.

The Dogo Argentino was recognized by the Cinologic Federation of Argentina and the Argentina Rural Society in 1964. The Argentina Kennel Club, a member of the Federation Cynologique International (FCI) recognized the breed on July 31, 1973.